These 12 “exclusive” pictures from Facebook are sure to make your day. Facebook can be funny at times. It can be a place where people can feel “incomplete” with 20 others, post pictures of a “second honeymoon” or a selfie with the dead. Now, have a look at these pictures. You may discover things that you never knew before: 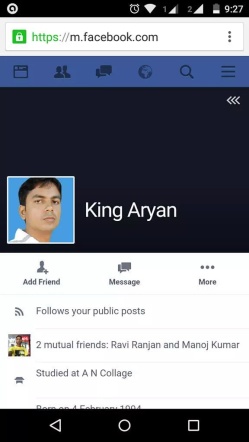 Before you begin, meet Aryan, the King of Facebook. All the profiles you come up on Facebook with “Princess ABC”, “Prince XYZ” etc are his family members and you ought to respect them, for disrespecting them may lead to auto-deletion of your Facebook account.

Have a look at this man who felt that uploading a selfie with his dead uncle would be the best way to pay homage and respect to the departed soul. He also said that he knew many people who were haunted by the spirits of dead ones just because they failed to upload “the last selfie” with the dead one. This is something for you to remember too.

The caption reads just right: “Control your BP after watching my DP”. Last reported, 6 men have been admitted to the local hospital due to unexpectedly high blood pressure (BP) after they failed to “like” this guy’s display picture (DP) after seeing it on Facebook. 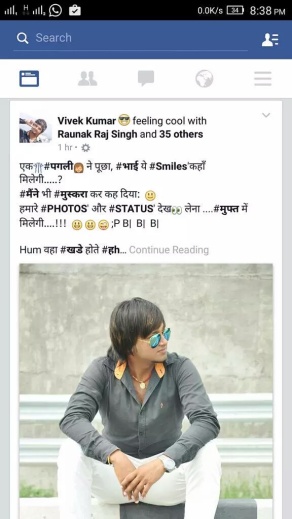 Translation: One mad girl asked, “Bro, where will I get smiles?” I just smiled and replied, “Look at my photos and status, you’ll get smiles for free”. And then he felt “cool” with 36 people. So, now you know where to look up to for free smiles when you’re down or sad.

Feel pity for Joseph who was feeling “incomplete” with Sumit and 19 others. Seems only a suit from Raymond can make him feel complete now. (Raymond-  The Complete Man)

Fearing that the food won’t be digested if he didn’t post a photo of the same, he decided to upload one right away. And that thumb is a clever way to ask for “likes”. Genius, must say. Hope it helped. 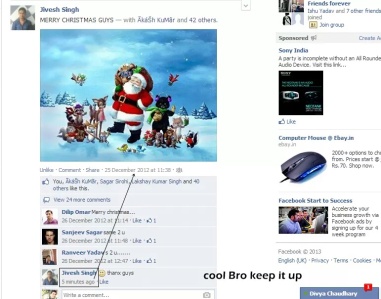 He just returned from an expedition to Mars and remembered that he had to reply to a Christmas message someone sent him years ago. Good way to maintain friendship. 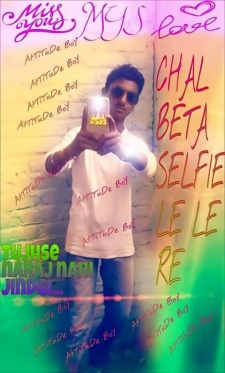 This is the most colourful photograph in the world containing every colour in it. Attitude Boy, a guy with a lot of attitude, posted this selfie to show how much he misses his love.

This is the first selfie from space, clicked by this boy and uploaded on Facebook with the caption in space-accent English:  “When I am click selfie, all stars flash with my mobile phone flash”.

Translation: “Every girl requests me to abstain from posting my pictures on Facebook as they spoil their smartphone’s screen with their lipsticks”. Last heard, he just surpassed Emraan Hashmi to become the top on-screen serial kisser of India.

He just could not stop from posting these 5 photos to Facebook after feeling crazy from a honeymoon with his wife and her sister.

As you can see, he really went too crazy and had his second honeymoon the very next day. Now let’s wait for the pictures of his third honeymoon. Hope he wears a different colour then…