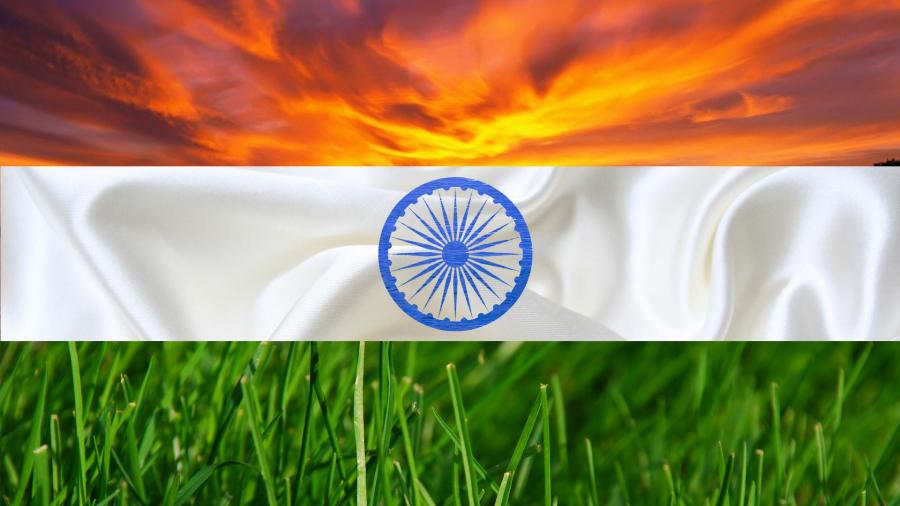 Today is India’s 67th Independence Day. Let me wish you all a very Happy Independence Day! On this date, we achieved our independence from the hands of the British. As a free nation, we have come a long way in the past years. We have advanced and developed more than many other countries freed from colonial masters during the same time as us. But what I have been pondering on this I-Day eve is that…are we really independent? If yes, how independent are we? A few points to elaborate our state of independency:

We take pride in the western culture. We have failed to look back at our own beautiful culture. We love wearing jeans, polos, shirts etc (Okay, I love them too). But how many have felt the charm of wearing a sherwani or a kurta? Girls wear traditional dresses at least during pujas and other religious festivals. But the boys are mostly seen with jeans and shirts all the time.

Night clubs, pubs, bars seem to attract our youth. But

how many have visited a beautiful garden, a holy place, a temple, a monastery for the sole purpose of feeling the calm environment, seeing the devotees meditate, rejuvenating the soul with the pure sounds of nature for self-satisfaction? Believe me, sitting in the lap of nature to enjoy its beauty is far superior to visiting clubs for temporary satisfaction. You may be dependent on western culture for your happiness, but it is the Indian culture which will provide you satisfaction.

The British had built us proper roads and railways. Till today, we have been using the same railways. Bullet trains, which were introduced in other countries long back, seem to have visited India only this year. Bridges built by the 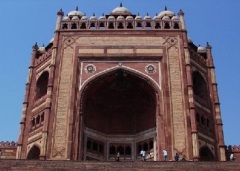 British exist even today and we Indians are using the same with occasional repairs. Why can’t we have our own class of infrastructure?

Indians have it in them. Just look at the historical places- how they stand proudly, unaffected by the forces of nature. If our rulers could build such monuments hundreds of years back, why can’t we build better constructions today, with the much developed and needed technology available? Constructions which are class apart from other countries can be definitely built by Indians!

Now, all upcoming technocrats seem to fly to

western countries and settle there. Brilliant minds of India, educated in India, do not want to stay here. For some, the West provides better living conditions, better job opportunities, higher living standards and more sense of freedom. They are helping other countries develop. And India has to import services from those countries. Why is this brain drain happening? Why can’t the youth be dependent on India for a better future?

India has been developing, but not up to the expectations. Just take the example of Japan. A country that was almost shattered into pieces during World War II has risen far above India in many fields. Good governance, effective human resource development and efficient work culture have taken Japan to a much higher position than expected. India has a much higher potential to grow. There was a time when some states of India had a higher GDP than Japan. Yes, sounds weird, but it’s true!

lack of encouragement seems to be the key factors hindering India’s development. We still have to look forward to other countries and imitate them when it comes to effective policy making for good governance.

This is the term India is most familiar with. Demands for separate states, demands of declaration of certain groups as belonging to certain categories for reservation, separation on the basis of linguistic lines and many other factors like these seem to be haunting India in every step towards advancement and development.

Your religion is always superior to his religion.

And you can go beyond limits to make him believe that. Your religion teaches you non-violence, but violence is the only thing you resort to, when it comes to imposing your views on someone. And with this mentality you think you are advancing towards development or enlightenment? Shame! India can never develop until the Indian mind is independent of these shallow thoughts.

Safety is almost a utopian word today. No one is safe,

not even the top defence officials and bureaucrats. The most unsafe is the Indian woman. Cases against violation of women’s rights are seen in the newspaper every day. Not a single day passes without the news of a crime against women. The irony is that the country which respects itself portraying it as a woman, Bharat Mata (Mother India), is the one where the women is not safe.

These are two of the prime root causes to prove why we are yet not independent. I belong to North-East India, a place known for insurgency. Such is the situation that yesterday was 14th August and I had to think many times if I could go to the market. Who knows who has planted a bomb somewhere and I might not return back. Death is okay, but what if I return back handicapped for life, without a limb or an eye? And finally, I had to decide that it was not safe to go out.

Today is Independence Day. Ministers and other

dignitaries will hoist the flag at the parade ground. And for this event, the cops were deployed on duty almost a week back, to keep checking the ground and surroundings for any untoward activity. Citizens were stopped and checked for weapons or explosives since the last week. Red alert was issued in some places. Is this how we celebrate Independence Day? Amidst all these security hurdles, where stays the enthusiasm to celebrate our independence? But yes, we are independent and this is how we celebrate our independence.

We are not late yet. There is still time to free ourselves from these shackles of terrorism, culture-infrastructure-human resource degradation and live with more peace and harmony. All that is wanted is the true determination and dedication of the Indian youth to overcome all the negative forces and make India a better place to live in.

I hope to see an advanced, developed, self-sufficient, self-dependent, self-reliant and truly independent India in the upcoming years.