Oil prices have been declining steeply over the past 18 months, from around $110 a barrel to about $26 a barrel now. Speculations are that this may even fall to $10-15 a barrel. This now comes as good news to the importers and other consumers, but it can invite an economic catastrophe in the long run. The Arab Oil Embargo of 1973 stands as a testimony to this fact. 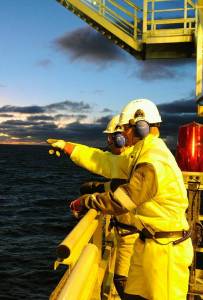 The production of crude oil has been on a rise since the past few months. Non-OPEC countries like the United States have been producing huge quantities of crude oil. United States has a high producing cost of crude oil as most of their oil is fracked oil or deep water oil. At the present global scenario, they have a fair share of market and are disinterested in losing that share. This has forced them to produce high cost oil even as the prices of oil have been falling steeply. Saudi Arabia, on the other hand, has low production cost and is allowing the prices to fall freely. They believe, low oil prices will force the Non-OPEC countries to shut down their high-cost oil production. Not only Saudi Arabia – any OPEC country cutting production will lead to an increase in the market share of the Non-OPEC countries. And for the non-OPEC countries, shutting down production will just mean that they will be losing their share in the global oil market; and once that share has been lost, it would be extremely difficult to make a comeback once OPEC countries start their monopoly once again. This equation has led to the OPEC maximizing its output to flush out the other producers, who are trying their best to capture more and more of the market every day.

Recently, Iran has been freed of sanctions and it is quite obvious that they are planning to boost their economy once again. After the sanctions were imposed, Iran’s crude exports saw a sharp decline, until it almost halved down to just about a bit more than 1 million barrels per day. But now, a free Iran has the opportunity to flood the world with their cheap and high quality oil. It also needs to be mentioned here that the price of crude oil further fell just after Iran was freed of its sanctions last week. 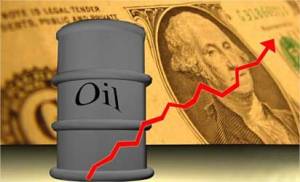 Now there is a neck-to-neck competition among the different producers of crude oil in an attempt to dominate the global oil market. The OPEC estimates that non-OPEC producers will be shutting down their high-cost wells once the oil prices fall below the $15 a barrel mark. And once that happens, OPEC can start capitalizing on the oil market once again. Some surveys indicate that oil prices may fall to about $10 a barrel by the end of this year, and then see a rise from the first quarters of 2017. While others believe that this decline is here to stay for the next 2-3 years.

What lies for India?

Declining oil prices is a good news for India as an importer. India is able to buy crude oil at a much lower rate than it used to earlier. With Iran being freed of sanctions, India will be able to reach out to Iran to meet her imports. India is Iran’s second largest oil client, the largest being China. Now, India will be able to import Iran’s cheap and high quality oil by paying in dollars, rather than in Indian Rupees as used earlier with an account of the state bank.

Procuring oil at cheaper rates will help India to fund its deficits. This is the reason that the price of petrol and diesel has not fallen by a large amount as expected by the consumers because of the global decline in oil prices. The Indian government has taken the global situation as an opportunity to turn the Petroleum Ministry into an affluent cashier to fund the other deficits that the government has been heaped with. The Government already had huge debts due to the past fuel subsidies and now is the time to pay off that debt, part by part. Falling oil prices will help to ease India’s current account deficit. The oil prices staying low will also mean that India’s domestic oil subsidies will fall by a great extent by the end of this year. 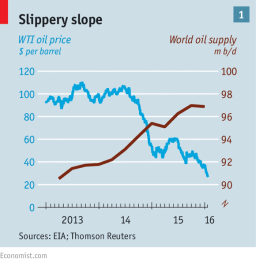 What if government cuts down the price of petrol and diesel in India? The middle class will be the highest beneficiaries. Lesser oil price will lead to people buying more cars and add to more pollution. Automobile companies have already reported higher sales even after the low price cuts in petrol and diesel. This will come as a serious challenge to the climate change measures that the world is currently looking up to. And once the global prices rise up later, it would be very difficult to raise the oil prices in India, as along with it, the prices of other commodities will also rise. This will lead to inflation which may have the most dangerous repercussion in the form of a recession.

While the fall in global oil prices may be beneficial to the rest of India, it is a bad news for the petroleum producers of the country who are directly affected by the present global situation. According to some reports, India is the sixth largest exporter of petroleum products in the world. With those exports, India earns billions of dollars annually. In the present situation, the exports of the products will decrease substantially. This is a bad news at a time when India has a significant trade deficit.

Let us be hopeful that the global situation will stabilize soon, striking a balance of benefits between the producers and the consumers in the days to come.