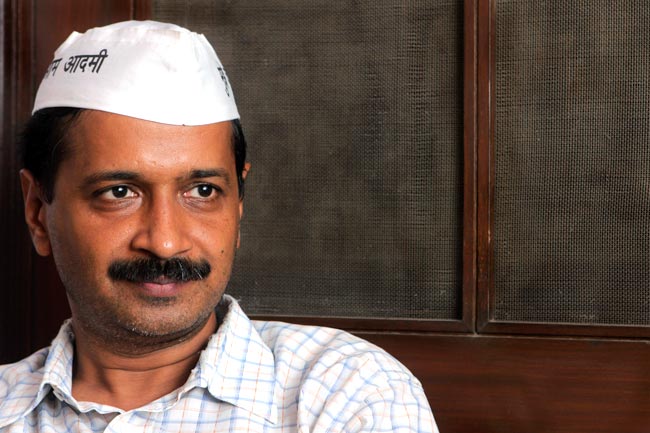 Arvind Kejriwal- The most happening phenomena in India today. Well, he formed a new political party and became the chief minister of Delhi within a very short period, dethroning its predecessor who had ruled it from 3rd December 1998 to 28th December 2013— more than fifteen years. The Aam Aadmi had promised a lot to the people of Delhi during its election campaign. But were those promises meant to be kept? Or were they just ‘promises’..?

After coming to power, he said he wanted no security even as a chief minister when ‘Z’ security was offered to him. A residence was provided to him which he intended to move into, but his critics were too loud and harsh on him in reminding him of the requirements and lifestyle of a common man (the accommodation provided to him was quite luxurious, they believed). There also was a lot of commotion when the Aam Aadmi Party (AAP, his party) leaders were provided luxurious SUVs for transport. That too was contradictory to the name and ideology of his party, his critics believed.

Now I don’t think these things count or have any relevancy. Moving into a big bungalow or travelling in an SUV, by virtue of the position he has earned, cannot change the ideology or principles of a wise man. He has been elected by the people and there is nothing wrong in availing the perks that his counterparts avail as long as he can deliver what he had promised and what he can deliver furthermore. What matters is Is he able to keep his promises and is he able to deliver what people expected him to  when they casted their vote in his favour?

When I think about it, a vague answer comes to my mind. As far as I can see, he has been compromising on his promises. To name one, a lot of conditions have been imposed on the ‘free water supply’ scheme. And after his first ‘janata darbar’ ended in a total chaos, he said that there would be no such public meets and the government will open new channels where people can report their grievances online, via post and through calls; but he also said that he would be available once a week for two to three hours to meet the people.

May be the current socio-political scenario is making him compromise with his promises or may be he is having a tough time fulfilling his promises. To an extent, he has also done some good jobs and he has been able to bring a revolution. But there is lot more to be done and what he will be doing will definitely have an impact, be it positive or negative. It depends whether he fulfills his promises or compromises on them, and if he compromises, to what extent  he compromises.

Waiting for the future to unfold itself. Till then, I am yet to understand ‘The Kejriwal Phenomena’…

2 thoughts on “Understanding ‘The Kejriwal Phenomena’”