Today afternoon, as I was sipping my cup of coffee and browsing news channels, I came across a channel which was telecasting a report on the entry of some Bangladeshi extremists in my state of Assam. The situation is that my State has been put on high alert after the recent Dhaka attacks in our neighboring country of Bangladesh. Indian intelligence agencies got to know that some 9-10 Bangladeshi extremists have entered India through the porous Indo-Bangladesh border of my state and they have been monitoring their movements to nab the extremists.

To be more specific, the news was that two guys had entered a roadside food stall and asked the owner for some directions to a specific place. The owner suspected the guys to be extremists and alerted the police. I don’t know how that news channel came to know about it. Later, the same report was aired in almost all the regional news channels.

In the news channels, the owner of the stall is seen stating that he could recognize the faces of the extremists as those faces were being shown in the media earlier. He gives a very detailed account as to how the guys entered his stall, bought cigarettes and asked for directions. He also reveals the directions.

And guess what? While he was telling all these things onscreen, his face was not even censored. He was being shown in all his glory!

The news channels did not bother to conceal the identity of a common man who was providing such vital information. The location of his stall was also clearly shown. His security mattered the least to the news channels.

Also in the same channels, the news reporters were seen struggling to extract as much information they could from the stall owner. They were highly successful in their attempt. Consequently, they started asking questions onscreen like “What is the Police doing to stop this? It is seen that the Police is taking no steps to prevent acts terrorism in the State. The police have completely failed.”

The news was reported in such a tone with a background music that it was supposed to ring in a sense of terror among all those who were watching that particular channel. The issue was sensationalized more than it should have been.

Now you answer these questions:

Hope the media will mend its ways someday and start caring for the people and the nation, rather than focusing on sensationalism and TRP. 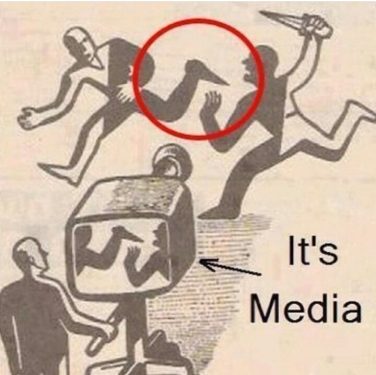 One thought on “How Far Can News Channels Go?”